Since generations, winemakers in Val Versa.

Five generations of winemakers and more than a century of history. Fathers and sons with the same passion for wine. Over the years we have been acquainted with our territory, selected the best vines, observed their vocation. In the Seventies we longed to produce D.O.C. quality wine bottles and to practice an environmentally friendly agriculture for the production of genuine wines. We aimed to go beyond national boundaries and tell our story in different countries in the world. Today Vitea is this: a family with ancient roots, living the present, thinking about the future. 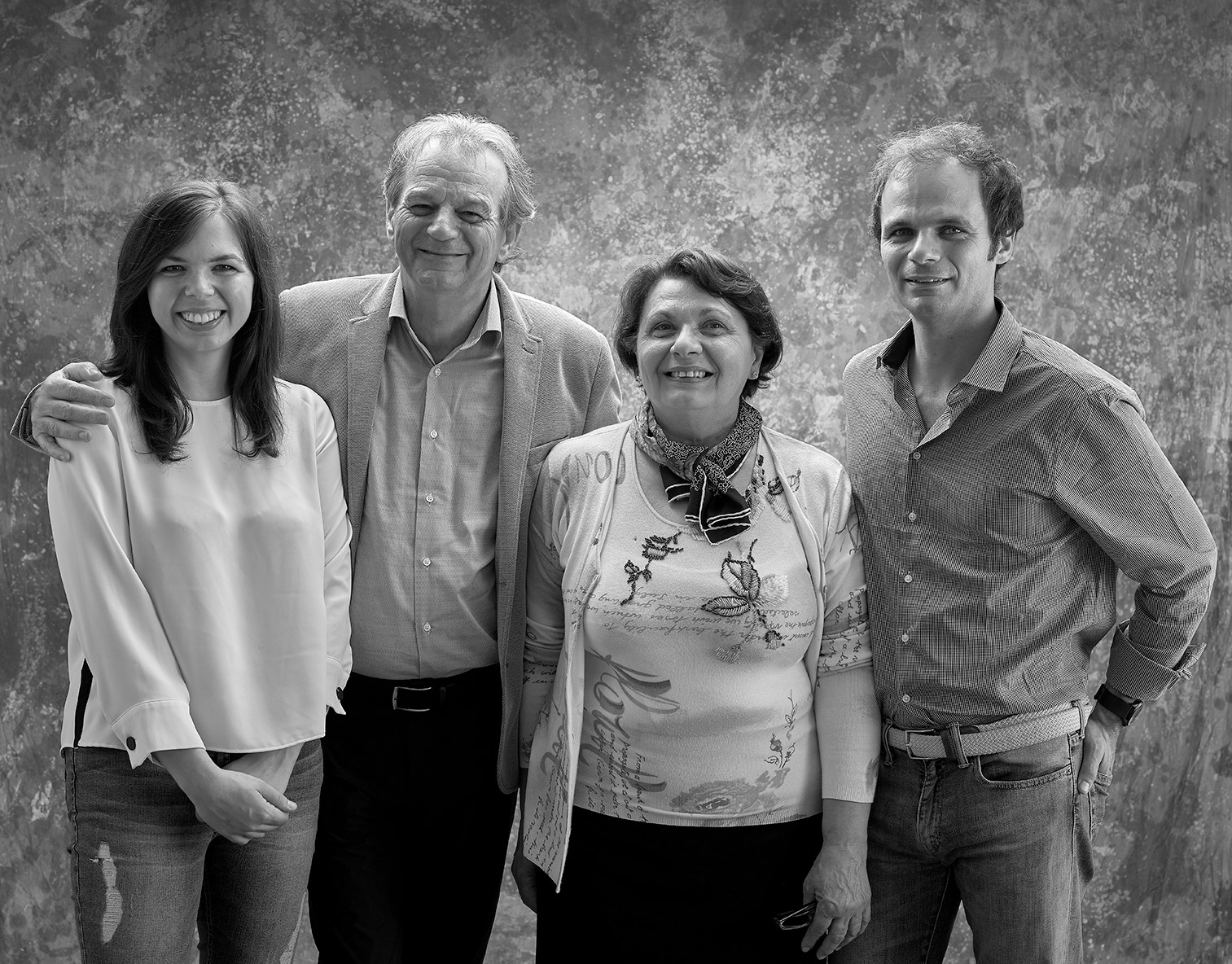 The certain origins about our bloodline in Val Versa date back to 1895, when our great-great-grandfather, Antonio Faravelli, married a young widow, owning some lands in the municipality of Montù Beccaria. Four years after their union Edoardo was born. At his coming back from the World War I Edoardo moved with his family to Montù. There, his sons Tullio and Maria learned the hard work in the fields. As the years got by, vines had been substituting more and more wheat and vegetables and the family started to sell its own grapes to the wine cooperative of Montescano.

When adult enough, Tullio understood that viticulture was his true passion: he selected grapes varieties like Croatina, Barbera and Pinot Nero and definitively abandoned other cultivations. In the Seventies, together with his eldest son Antonio, they pressed their grapes and bottled their first two hundred bottles of wine. Memories of those days and their enthusiasm are still alive in their minds. Dragged by satisfaction for their achievement, they invested in new winemaking systems: they bought the first semi-automatic bottling machine and small tanks.

First Eighties were years of great success: Antonio and his little brother took over the firm reins. In 1981 Antonio and Patrizia got married. The family lived within the estate and their sons grew up together with grapes and must scents.

In 2007 the farm “Faravelli Tullio and Sons” ceased its activity to permit the two brothers to follow their own path. Antonio stayed at Montù Beccaria and, together with his son, they  founded Cantine Vitea. The winery started its activity in spring 2008 after a property renovation: the aim was to equip itself with modern and efficient winemaking machineries, able to sustain and enhance a top production. In the last ten years Vitea has become synonym of quality and genuineness at an international level. Today Stefano and his sister Gaia have the heritage of a centuries-old tradition and have decided to follow the path of their ancestors to pass on their deep knowledge and passion to posterity.